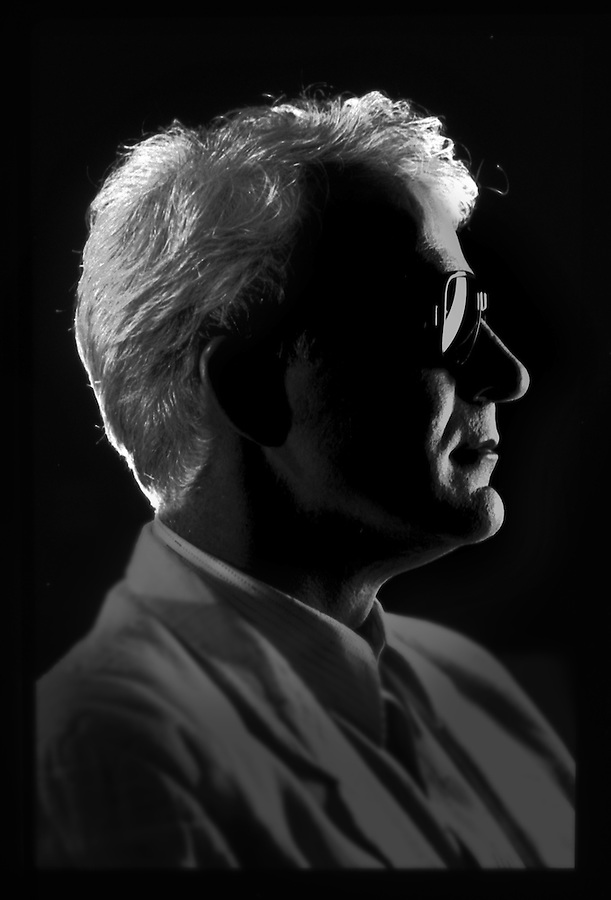 Actor/Comedian Steve Martin. This came out of a 15 minute photo op with the famous Mr. Martin. Mendenhall had a plan to photograph Mr. Martin lying on the floor with a couple dozen oranges but when Mr. Martin arrived the first thing he said was, "I'm not going to do anything funny."
Mendenhall said he had an idea in mind but would just continue with straight portraiture. After about eight or nine minutes when the photographer said, 'ok we are done," Mr. Martin asked about the preconceived idea related to his movie 'California' and agreed to do the pose with the oranges as well. This has been moderately retouched in Photoshop by darkening his white linen clothing and face. The other effects were in the primary lighting.
JimMendenhallPhotos.com 2013
Portraits Gallery, Graphic Design