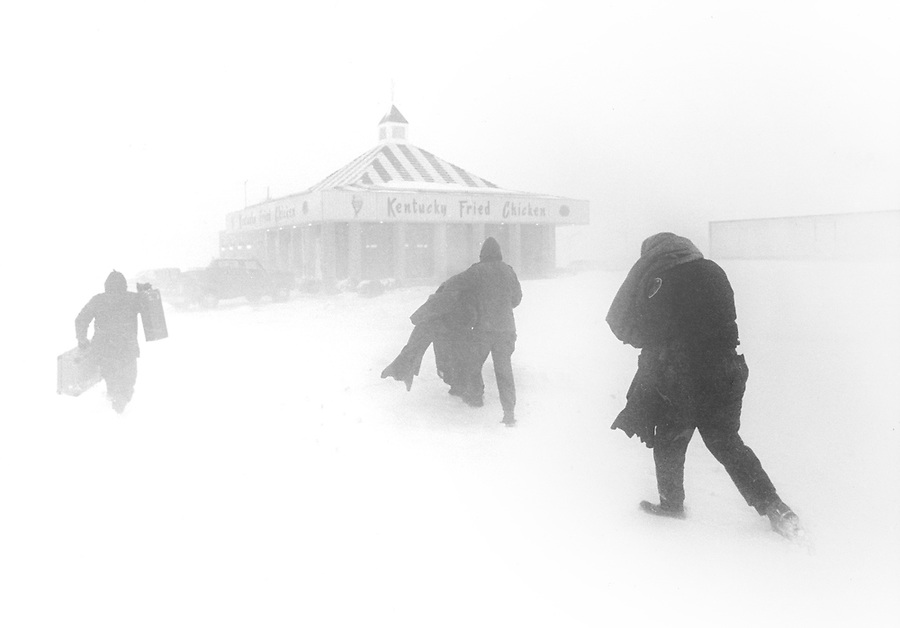 This blizzard in the USA shut down all traffic in several states. The Indiana National Guard swore that their full track armored vehicle (a tank without arms) could not get stuck as they traversed the farm community on an Interstate highway with the photographer.

The Guard had been out to deliver medicine to heart attack victims when it hit ice, slipped off the highway and then dug itself straight down in a hole. The photographer, knowing his wet feet would eventually get frost bite in the unheated vehicle set out walking on the icy interstate and found this restaurant a few miles away. Since there was no radio unit in the vehicle to communicate with a base, the photographer had to go back out against the high winds to let the National Guardsmen and a rescued truck driver know that the restaurant was within a few miles walking distance. These are the National Guardsmen who themselves were rescued when the photographer back for them with an Emergency Medical Technician, right. Winds were about 50 mph and wind chills were very low. We spent three nights sleeping in this restaurant until the weather broke. Original on bw film.
JimMendenhallPhotos.com 2012
Wide open spaces nature portfolio